Photograms of liquid and crystal substances (water, sugar, salt, glass splinters), partially on continuous and discontinuous rotating film material (9 x 12 and 13 x 18 B/W matte film). The idea of fictitious spaces and surfaces is evoked. Associations to microcosms and macrocosms, to planetary surfaces for turbulence imagining. A total of 66 B/W works on 9 x 2 and 13 x 18 film, enlargements from 30 x 24 up to 150 x 120 cm.


The work began in September 1966 as laboratory experiments without excluding ambitions of experimental exploration of latent image potential in a photographic process. The term “photogenic landscapes” arose later when observing the results, which included a microcosm that only became apparent in the interaction between light and light-sensitive material. 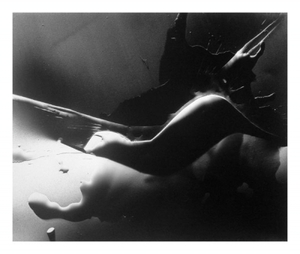 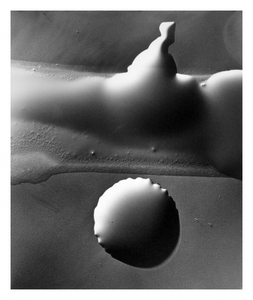 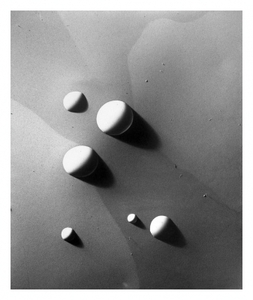 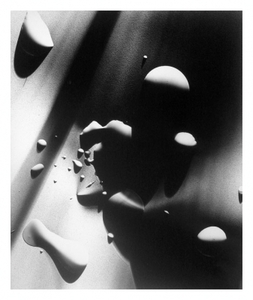 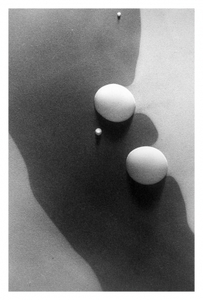 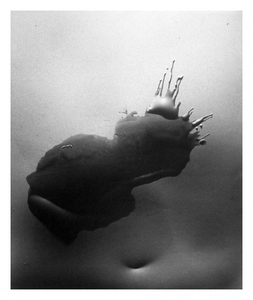 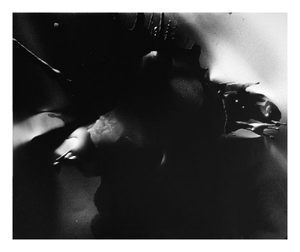 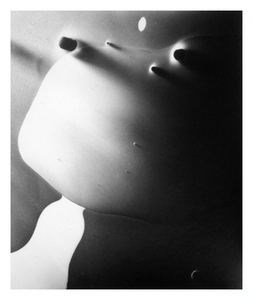 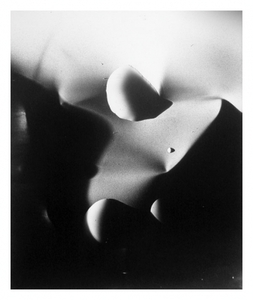 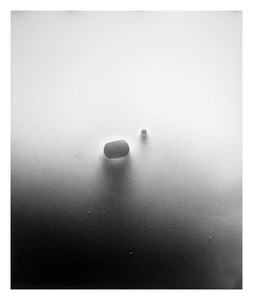 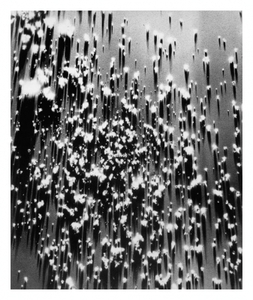 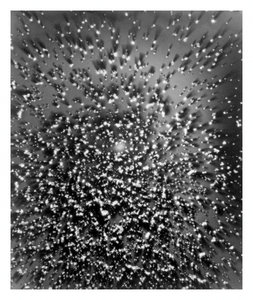 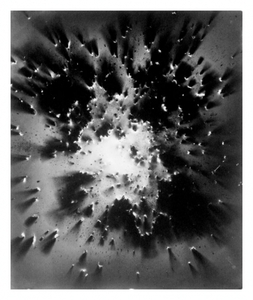 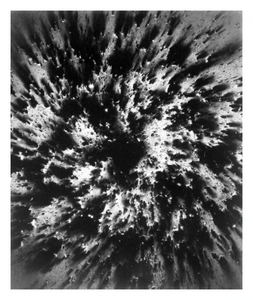 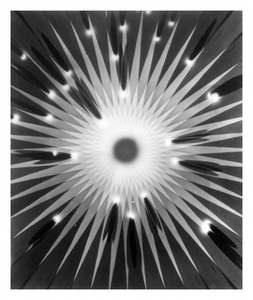 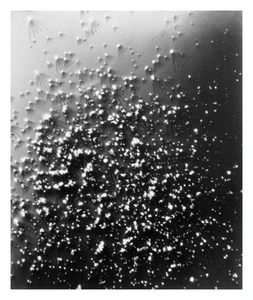