Situation-specific temporary installations of photography paper works, Grayscale (XI 1983, 25 x 25 cm) in US Museums, May 1983 and April 2001. The work was created while visiting museums during my first study trip to exhibitions and universities in the USA. I traveled alone and wanted to document my presence. Consequently, I mounted photo paper objects in significant places and photographed it with a Leica. New experiences, such as the existence of many empty walls, acquaintances, and an attractive “niche” followed, offering attractive locations for mostly unobserved actions. The effect of my objects in foreign places or confrontations to world-famous artworks made for an interesting experience. My objects seemed like contraband or smuggled goods which imparted themselves on and made their own tricky games with larger, nobler artworks. They could not fight back against the Mondrians, Duchamps and Dibbets. I exhibited them.


In 2004, Bielefeld linguist Anna Julia Bock found the term “Smuggles” (Smuggling art) for this kind of action.  Art theory also has special terms for art which is created between artworks (for now, no examples come to mind). However, Incorporated Art, Coocoo-Art (Kuckucks-Kunst) and Arte Interposita all created terms for it.


Finally, calls of action and acquaintances developed, including those with watchmen, overseers, and the museum administrators. Here criticism was overcome. There had to be reasons to give excuses. The most effective argument was “grayscale.” I portrayed it as a measuring object (exposure meter) for measuring exposure time. If I was discovered, I pointed out that neighboring works didn’t suffer from any damage - they remained materially unchanged. My object was attached with double-sided tape on the museum walls and didn’t leave a trace upon removal. On the last day of my stay in New York, I hung an object in the apartment of photographer and friend, F.C. Gundlach, where I allowed to stay for a few days.  I left it there as a sign of my presence and as a thank you for his hospitality.  Years later he told me that he found and removed it. It is now in a box of his photography collection and is registered here as number 016777 under “Structures and Materials.”


The last image of the series was created in April 2001 while visiting with Alfred Stieglitz-Retrospectively at the National Gallery in Washington D.C. In the back of the museum was a blank billboard. I mounted my object onto it and photographed it. In the background, one can see the new National Gallery, from which I had first photographed the object in 1983. It returned to its place of origin eighteen years later. (c. 2001) 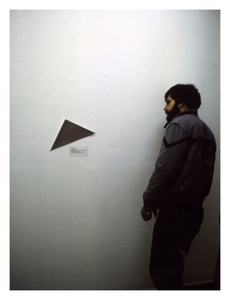 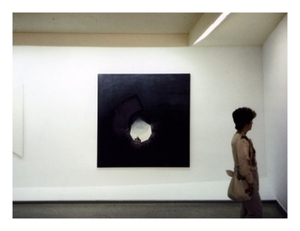 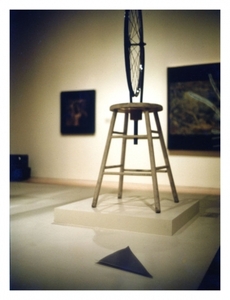 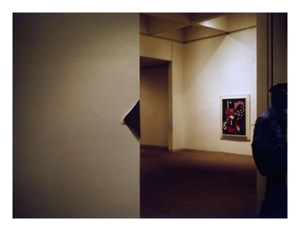 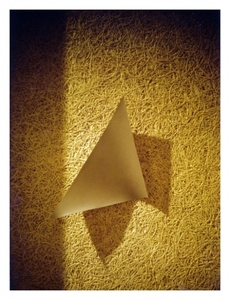 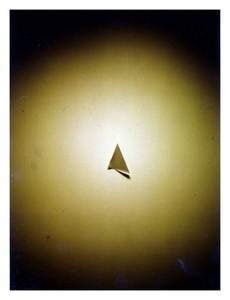 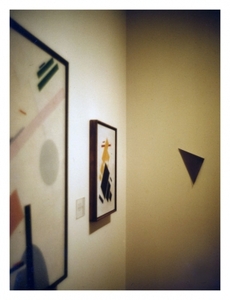 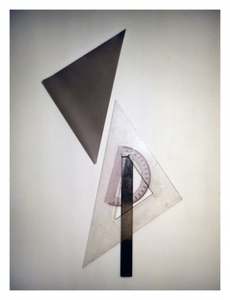 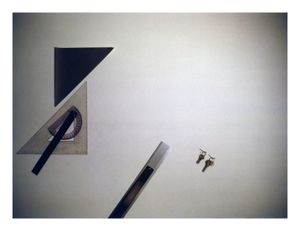 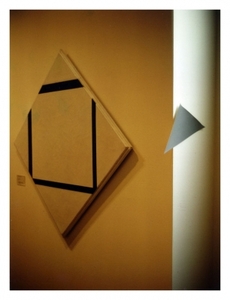 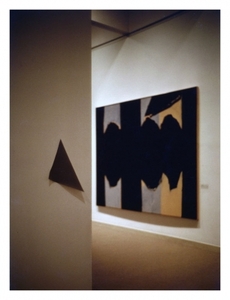 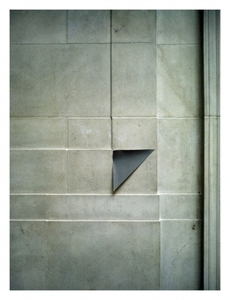 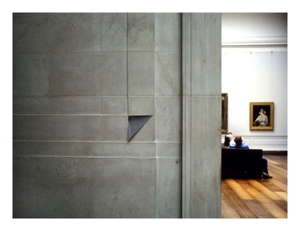 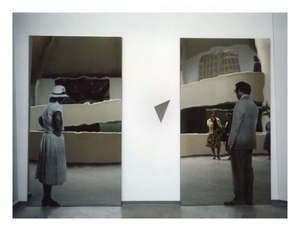 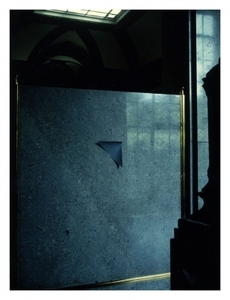 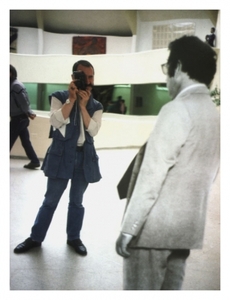 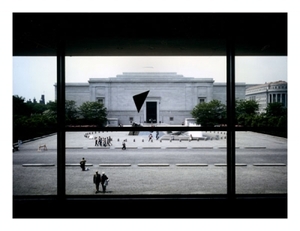 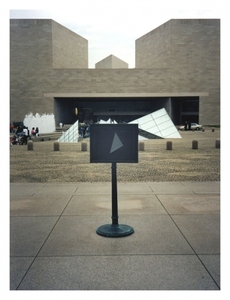